It's Dieseling Out: How To Tell When Your Diesel Engine Needs Help Fast

There may be nothing worse than dealing with car problems, especially when you depend on your car for just about everything. Without your car, you're not going to get where you need to go – at least, not easily. That's why it's crucial that you take care of your car, and keep it properly maintained. If you have a diesel engine, that maintenance becomes even more important. Once your engine gives out, your car isn't going to go anywhere. Luckily, your diesel engine will give you some warning signs when it's having trouble. This warning signs will let you know when it's time to head to the mechanic. Here are four signs you should be on the look-out for.

If your car is spewing smoke out of the tailpipe, it's not trying to communicate with the cars around it. It's trying to communicate with you. Diesel engines will emit three different colors of smoke, depending on the type of problem it's experiencing. While any color smoke is a cause for concern, black, blue, and white are the colors that should cause you the most alarm. These colors are a sure sign that there's something significantly wrong with your diesel engine. If you've got blue, black, or white smoke coming from your tailpipe, get to the shop as soon as possible.

Your Car Struggles When You Turn the Key

If your car used to start with just a turn of the key, but now it's fighting you every step of the way, you've got a problem that needs immediate attention. When diesel engines start having a delayed ignition time, it usually means there's a problem with either the fuel delivery system or the engine compression. Both of those issues are cause for concern. If your car isn't starting the way that it should, have your engine checked out immediately.

Your Engine Isn't as Smooth as It Once Was

If your engine is running rough lately, don't hesitate to schedule a maintenance appointment. Your diesel engine should run smoothly and efficiently. Anything less than that can signify a problem with either the fuel injection system or the glow plug. Don't settle for an engine that's running rough. Have your engine checked out by a mechanic, and get to the bottom of the problem before your car stops running altogether.

Your Ride has Gotten Louder

If your car is making more noises than it used to, especially knocks and pings, you could be looking at contaminated fuel, which can have devastating effects on your engine. Knocks and pings should be looked at as soon as possible. Make sure you get diesel services from a reputable company, like Scotty's Automotive Center, to ensure that your vehicle is being properly cared for. 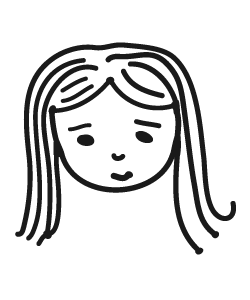 After I inherited an older vehicle, I realized that it was time to start making some changes. I wanted the car to look great and run even better, so I focused heavily on renovating the interior. I hired professionals to reupholster the seats, and then I started looking for accessories that would help me to put a personal spin on the ride. I was really impressed with how much better it looked and felt when we were finished. The purpose of this blog is to inspire others to create new car interiors they will love for the long haul. Check it out.